What is a Subsidy?

A subsidy is typically a government payment to individuals or businesses to offset costs for the benefit of a particular economic activity or public purpose. Both the federal government and state governments provide subsidies to all kinds of companies in all types of industries. Subsidies can be in the form of cash payments, grants, tax breaks, and guaranteed or low-interest loans. Billions of dollars in subsidies are given to agriculture and oil industries every year. But they’re also provided to private citizens every day in the form of things like Medicare and various tax credits. Subsidies can affect market prices, support research, help people get through college, or buy their first home.

A subsidy is sort of like a reverse tax...

When the government wants to discourage an activity — say, smoking — it often taxes it. A subsidy is the opposite. It either gives people or companies money to engage in an activity — or it removes some of their taxes if they engage in that activity. 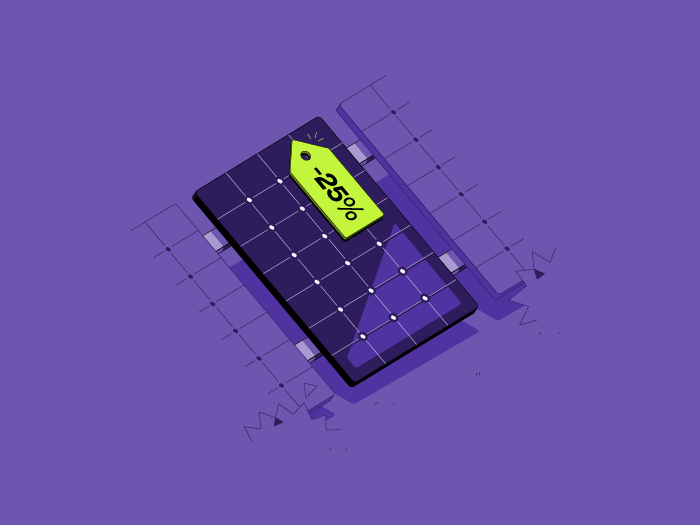 New customers need to sign up, get approved, and link their bank account. The cash value of the stock rewards may not be withdrawn for 30 days after the reward is claimed. Stock rewards not claimed within 60 days may expire. See full terms and conditions at rbnhd.co/freestock. Securities trading is offered through Robinhood Financial LLC.

What is a subsidy?

Subsidies are financial assistance or incentives typically provided by the federal and state governments to organizations, companies, or individuals to bolster certain economic activity, or promote social and environmental goals.

Subsidies can motivate companies to focus on activities or business ventures that the government believes are in the public’s best interest. Or subsidies can be used to encourage certain behaviors like job creation, the pursuit of education, or consumer spending.

Some subsidy programs are designed to assist low-income families with financial aid helping them gain access to healthcare, housing, or education. Others provide direct payments or tax breaks to corporations.

What are direct subsidies?

Cash, grants, and interest-free loans are considered direct subsidies because they are given directly to the recipient. Direct subsidies benefit the recipient directly, but may also have indirect effects on other areas such as job creation. Cash subsidies might go to industries such as renewable energy to stimulate growth and innovation. Cash to subsidize farmers and other agribusinesses may help them compete with the lower prices of agricultural imports from other countries. Cash grants from the federal government are often awarded to small businesses in industries such as physics or biology for research and development (R&D).

What are indirect subsidies?

Low-interest loans, tax incentives, and many government welfare programs are indirect subsidies. Though money doesn’t go directly to the recipient, the recipient receives value either by opportunity or using those savings for other resources. Government loan guarantees (aka assumption of risk) are when the government guarantees a loan provided by a private lender to businesses or individuals.

Loan subsidies can also mean the government gives an interest subsidy to offer lower interest rates on a loan than those provided by private lenders. Federal loans might also include better terms such as deferred payments, flexible payment plans, or a lower required credit score. Student loans are an example of a loan subsidy.

Income tax subsidies are common and given to both corporations and individuals alike. Tax subsidies can take the form of tax credits, deductions, or exemptions. The mortgage home interest deduction, for example, acts as an indirect subsidy for home buyers. Tax subsidies in the form of credits or deductions may go to companies in industries like technology to stimulate innovation and create jobs.

What are some common types of subsidies?

Federal and state subsidies exist across many industries and social programs, but here are some of the bigger ones:

Agricultural: Perhaps the most well-known agricultural subsidies were born after the Great Depression. Chaos in Europe after WWI had closed the international markets, which meant farmers had a surplus of crops, and this drove prices down. The Agricultural Adjustment Act (1933) allowed the government to give price support by purchasing excess crops or even paying farmers to destroy their crops.

Today, agribusiness subsidies come in a variety of forms. Many exist in the form of direct payments to farms based upon their history of production or to encourage farmers to grow one type of crop over another.

Oil: Oil subsidies were designed to encourage domestic fossil fuel production and keep the cost of fuel down for consumers. Oil subsidies can take many forms. The government can lease federal lands at a discount for fossil fuel extractions. Or it can provide special provisions in the tax code that allow for tax subsidies to oil companies.

Healthcare: Healthcare subsidies can be grants for medical research and pharmaceutical trials. But we also see healthcare subsidized in programs like Medicare, Medicaid, and the Children’s Health Insurance Program (CHIP). The Affordable Care Act (ACA) offers a variety of subsidies such as tax credits, assistance with deductibles, and discounted premiums.

Housing: Housing subsidies exist in the form of tax deductions for home buyers or financial support to landlords who offer affordable housing to low-income residents. There are also subsidized home loans such as VA loans (for veterans) and FHA loans. The Federal Housing Administration insures FHA loans for lower-income home buyers with less than stellar credit. Grants are offered to land developers and construction companies to create housing and commercial real estate in certain areas.

Exports: For years, the government has provided financial incentives to domestic companies that export goods internationally to help them compete with the lower prices of products from other countries. However, the World Trade Organization (WTO) has put strict limits on subsidies in international trade to lower the competition for developing countries who are at a disadvantage. Federal subsidies are also offered to global companies who invest heavily in domestic industries, such as the energy industry.

How do subsidies affect the economy?

A free market also isn’t designed to care about any adverse effects (aka negative externalities) it may cause, such as pollution. When this happens, it’s known as a “market failure.”

The United States is technically a market economy. Still, subsidies provided by the U.S. government greatly influence market prices, the development of economic activity in some industries, and even social and environmental welfare.

As social and economic goals change in an economy, government intervention in the market tries to level the playing field or meet the unmet needs at the time.

What are the pros and cons of subsidies?

Encourage innovation: Industries like renewable energy with high production costs may not be able to develop without financial help. Provide social benefits: Economically disadvantaged individuals have better access to education, healthcare, or housing. Protect domestic producers from foreign competition: Cotton growers in the United States with higher production costs may not be able to compete with imported cotton. Slow the decline of struggling industries: While decline may be inevitable in industries such as mining, slowing such decline can help sustain employment longer. Can help correct market failures: If a helpful good or service, like environmentally safe products, suffer from lack of demand at a high price point, subsidies can help producers keep prices down. Can lower or control inflation: Subsidizing fuel, for example, can keep prices down for consumers without producers having to slow production, resulting in an oil shortage.

Discourage innovation: If a company gets financial support, it may not bother inventing new goods and services that meet changing consumer demands. Encourage inefficiency: Firms that consistently need subsidies may need to restructure to become more efficient — but they don’t have to if they can rely on financial help as a sort of crutch. Inefficiently allocate resources: Lobbyists can influence the government. This may cause it to make the wrong decisions and use up money that could help more somewhere else. Distort markets: Price support for certain products or services can create an artificial supply and demand that distorts the markets. Are expensive: Government subsidies are paid for by taxpayers. While they may lower costs in one area, they will ultimately be paid for by the taxpayer in the form of higher taxes.

New customers need to sign up, get approved, and link their bank account. The cash value of the stock rewards may not be withdrawn for 30 days after the reward is claimed. Stock rewards not claimed within 60 days may expire. See full terms and conditions at rbnhd.co/freestock. Securities trading is offered through Robinhood Financial LLC.

The standard deduction is a dollar amount that taxpayers can subtract from their taxable income when filing their federal income taxes — it reduces the amount of income on which you’re taxed.

A tax credit reduces how much you owe in taxes — As compared to a tax deduction (which reduces your taxable income), a tax credit is an amount subtracted from the total taxes you owe.

A budget deficit is when a person’s, company’s, or country’s expected income is less than their expected expenses during the budgeting period.

Speculation is a form of active investing that involves making and acting on market predictions — It comes with high risk, but also the chance for substantial gains on short-term investments.

Tax-loss harvesting is a strategy to help reduce your taxes by using your investment losses to offset investment gains or income.

Ex works (EXW) is an international shipping agreement in which the buyer in a transaction bears full responsibility for the door-to-door transport of goods.