What is a Public Company?

A public company is a corporation that’s owned by external shareholders and trades company shares to members of the public on a stock exchange or securities market.

A public company is a corporation that lets members of the public purchase shares of its stock. That stock represents equity and partial ownership of that company. Because those shares are made available to the public via at least one stock exchange or an over-the-counter market, it means the corporation is publicly owned. Companies often choose to go public to tap into financial markets and raise money to spend on growth. A public company is the opposite of a private company, which is a corporation in which all company shares are owned by private investors, company founders, or managers. A private company that decides to go public can do so by selling shares to the public through an Initial Public Offering (IPO).

A good example of a public company is Walmart. Although the major U.S. retailer was founded as a private company in 1962, its founders wanted to expand the business. To do that they needed more money, and so they decided to turn Walmart into a public company. The retailer went public with an Initial Public Offering (IPO) in 1970. Although Walmart is a public company, it’s important to note that its founding family (the Waltons) still has a controlling share in the company because its family members own more stock shares than anybody else.

Although the garden is run by a small group of professionals, it’s funded by the public. As a result, anybody who wants to roll their sleeves up and get involved will be allowed to have some influence over the project as well as a share of the crops. Public companies work in a similar manner. Anybody can buy shares in a public company, and when you own a share of stock that means you’re one of many people or institutions that own a small part of the company.

What is a Public Company?

Public companies are corporations that allow members of the public to purchase stock shares. Those shares can then be freely traded via over-the-counter markets or one or more stock exchanges.

Because each share of common stock represents equity in the company, each shareholder owns a part of the company. Anyone is allowed to purchase a share of that company. That’s what makes a corporation publicly owned.

What are the features of public companies?

A corporation becomes a public company by floating some shares to the public through a stock exchange or over-the-counter. The process of “going public” is called an Initial Public Offering (IPO). After a company has gone public, market trading then dictates the value of company shares.

Companies generally go public to raise money. By selling equity to the public, the business generates new investment. That cash can then be used to strengthen operations, to expand, or to do anything in between.

It’s important to note that just because a company goes public doesn’t mean its managers or founders totally lose control of company decisions.

A company’s broad, strategic decisions are typically made by its board of directors. But their ability to make decisions can be decided by shareholders. This is normally spelled out in a company’s Articles of Association (its founding rulebook).

Because shareholders are often entitled to voting rights, they have the power to vote on appointing or removing directors or making changes to a company’s Articles of Association. But when most companies go public, the company founders keep a large portion of stock shares. That means they get the deciding vote when important questions are put to shareholders.

For example, Ford is a publicly traded company — but the Ford family is still the company’s biggest shareholder with a 40% stake.

Another feature of public companies that shareholders can benefit from is limited liability. This ensures that if the company goes bankrupt and debts must be paid back, the liability of shareholders to pay back that debt is limited to the value of their investment.

A public company can also go back to being a privately owned company by buying all of its outstanding shares back from existing shareholders. After those shares are bought back, the company can be delisted from any relevant public stock exchange.

What is the difference between public and private companies?

The key difference between public and private companies boils down to a matter of ownership.

A private company is typically owned by its founders, managers, or private investors. Company stock shares are held internally and aren't made available to members of the general public. A public company floats stock shares externally over-the-counter or via stock markets so that anybody can buy them. By buying shares in the company, public shareholders can normally claim ownership to a relative portion of the company’s assets and profits via shareholder dividends.

Public companies are generally large businesses. Private companies can be either small or large. The choice to go public is normally guided by a desire to leverage trading on financial markets to secure investment from new shareholders.

But there are a few differences between public and private companies that go beyond ownership.

Public companies must register with the U.S. Securities and Exchange Commission (SEC). The SEC is an independent body that enforces securities laws. After going public, company owners must regularly file information with the SEC about the company’s financial shape, operating results, compensation, and more.

In addition to the SEC, public companies must also give this information to their shareholders. Companies often do this via regular investor bulletins, calls, and annual reports.

On the flip side, private companies don’t normally have to register or file with the SEC. That also means most private companies aren’t obligated to publish their earnings reports or information about their performance.

What are the advantages and disadvantages of public companies?

Going public has a number of advantages and disadvantages for corporations.

The number one advantage for public companies is that they’ve got easier access to financial markets. By selling company equity in the form of stocks or debt in the form of bonds, companies are able to raise cash from new investors.

A huge advantage for investors in public companies is the benefit of limited liability.

When a shareholder invests in a public company, there is the potential to benefit from the company’s performance and claim a share of company profits. But if the public company ever runs into financial problems like big debts, a shareholder isn't liable for those debts. Instead the shareholder’s liability to pay back company debts is limited to the value of their investment (which is the value of their shares in the company).

Public companies also have a few hurdles to deal with. Going public means that a company has to file disclosures on company earnings, profit, and more to the SEC. Public companies must adhere to a range of rules and regulations on financial reporting, and the SEC holds them accountable.

Likewise, public companies need to answer to a larger group of shareholders.

Because each shareholder owns a portion of the company, they’re also normally entitled to certain shareholder rights. Where shareholders retain voting rights, that also means they get to have a say on big company appointments, approving financial statements, and other strategic changes.

The disadvantage here is that it can sometimes be more difficult for company managers to make business changes because they need to get a majority of shareholders to vote their way.

Likewise, public companies often face more scrutiny from the media and members of the public than private companies do. Public companies are obliged to disclose extra information like financial statements and company appointments, and that information is publicly accessible.

How do you know if a company is publicly traded?

Sites like Google Finance, the Wall Street Journal, and CNN Money all keep up-to-date information about various companies. They’ll be able to tell you whether a company is publicly traded or not. But if you’re after official regulatory data, it’s worth checking out the SEC’s EDGAR system.

Where can you find a list of public companies?

One of the best places to find information about US companies is the Electronic Data Gathering, Analysis, and Retrieval (EDGAR) database.

How do you become a public company?

Most corporations are private companies when they’re first incorporated. That means all of the company’s stock shares are privately held. But the company’s owners might decide they’d like to go public in order to tap financial markets and gain a new source of income. In order to do that and become a public company, the business owners will need to set up an Initial Public Offering (IPO).

An IPO is the process of floating a percentage of stock shares for sale to the general public over-the-counter or via a stock exchange. IPOs are regulated by the SEC, and before your company can go public you’ll be required to register with the SEC.

Before registering with the SEC and making a public offering, a company needs to appoint an underwriter. That underwriter will assess the company’s position and make a plan including what percentage of shares will be floated publicly and how much they’ll cost. If the underwriter is an investment bank or other financial firm with clients, it may then offer shares to its clients as part of the IPO. Alternatively, after registering with the SEC a company can go for a listing on a public stock exchange. 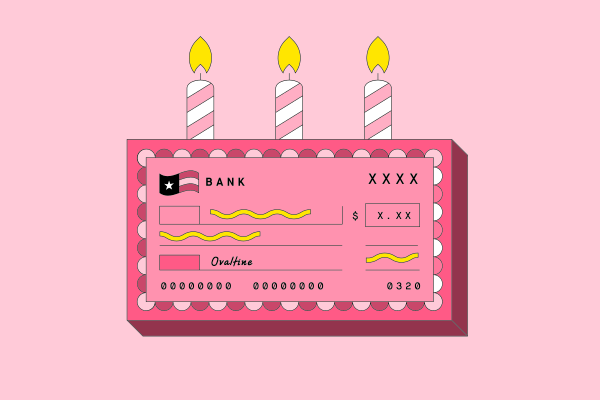 A reverse mortgage allows a senior homeowner to essentially borrow against the equity in their home, getting paid in a lump sum, fixed monthly payment, or line of credit.

Antitrust laws are regulations that aim to promote fair business competition in an open market and protect consumers by banning certain predatory practices.

Venture capital is a type of investment business ventures can seek from financially-qualifying individuals, investment banks, or financial institutions to help jumpstart operation and scale their business.

Valuation is the process of calculating how much a business or a share of a company should be worth, based on the company's financial standing and operations.

What is a Statement of Retained Earnings?
Updated October 06, 2020

What are Current Liabilities?
Updated October 14, 2020

Current liabilities are debts that a company has to pay back within one year — they are often compared to current assets to determine a company’s liquidity.