What is a Stock Split 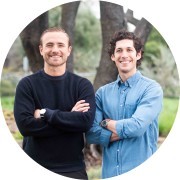 Stock splits (and reverse stock splits) are all about psychology. The purpose is to make the stock’s market price more (or less) affordable by changing the number of shares available — without affecting the overall appearance of the company. For a stock split, the Board of Directors recognizes that their company’s shares appear too expensive to potential investors because the company is likely performing well. So they cut the price by a ratio (let’s say “4-for-1”), but increase the number of shares (in this case, by four-times). That keeps the overall value of the company the same, while making each individual share more affordable. For struggling companies, a reverse stock split (like “1-for-4,” for example) has the opposite affect — combining shares to make the stock price higher. For existing investors, the result is the same: Your share price changes, but the overall value of your investment hasn’t.

Apple has a long history of stock splits as the stock has grown — a whopping 4 of them. The most recent was a hefty 7-for-1 stock split in 2014 because the stock was too expensive to potential investors, trading at about $650 per share. This split reduced the stock price from around $645 to around $92, while it increased the number of shares available by 7-times. So if you owned 1 share of Apple trading at $645 just before the split, you would have owned 7 shares of Apple at about $92 each after the split.

Cut my pizza into 4 slices — I’m not hungry enough to eat 8. While the number of slices is different, the overall pie is the same size. That captures the same effect of a stock split or reverse stock split — the number of underlying shares changes, but since the high price is adjusted proportionally in the opposite direction, the overall value of the company (and the value of stock held by any investors) doesn’t change.

If stock splits affect companies that are doing well with high-flying shares, then what’s a potentially struggling company supposed to do? Fortunately, a company that’s worried its stock is too low can grab the same strategy — it’s called a “reverse stock split.” And just like a regular stock split, the overall value of the outstanding shares in the market remain the same, even though the number of shares and the individual share price both change.

A company may go through a reverse stock split if it’s worried its share price is too low compared to others in the same industry or any company it’s typically compared to. The management team may worry that investors think the stock is so cheap that it’s a potentially poor signal of the company’s potential. There may even be worries that if a stock price gets too low, it could become “delisted” from a stock exchange (some exchanges, like the New York Stock Exchange, require a consistent minimum stock price of $1 per share to remain listed). Another concern is that some big time investors have restrictions against buying low-priced stocks. Plus, it just looks bad.

To understand a reverse stock split, simply visualize a stock split in your head, and then go through the opposite process of operations. A stock is trading at such a low price that the company wants to increase the price of each share, so it could pursue a 1-for-2 reverse stock split — every single share will be combined with a second to boost the price of shares by a multiple of two, while reducing the number of shares in market value by half.

A real-life example of a reverse stock split

We just walked through one example of Apple’s stock splits, which it did because its share price began to appear too expensive to investors. This was driven by Apple’s growing profits, which drove up the stock price. For a reverse stock split, we have to look for a company that may be struggling — one whose profit outlook was declining. This could create a situation of a falling share price that warrants a reverse stock split.

Blue Apron, the meal kit pioneer, is a helpful recent example of a reverse stock split. In June of 2019, Blue Apron shares fell further below $1 to trade at around 55 cents for a single share. That’s cheap. Too cheap, if you asked the Blue Apron Board of Directors. In fact, it was so cheap that the New York Stock Exchange, where those shares were listed, warned Blue Apron that if its stock price didn’t increase above $1 soon and stay above $1 consistently, it would be delisted from the exchange. Then Blue Apron stock would have been forced to trade on the less accessible, and less prestigious, “Over The Counter” markets.

So Blue Apron’s Board of Directors voted for a reverse stock split and publicly announced the news on their investor page here (as a publicly traded company, Blue Apron must announce the news to shareholders clearly). This is what that looked like, straight from the opening paragraph of Blue Apron’s press release:

Keep in mind that if a company has to resort to a reverse stock split to increase its share price, it’s often a concerning signal to investors because the price has fallen so low. So after a reverse stock split, it’s not uncommon for shares to trade lower because of worries about the future of the company. Reverse stock splits are not a lever a company’s Board wants to have to pull too often.

So what’s the core difference between stock split and a reverse one?

Hopefully the bullets below help further by breaking down the four key elements that go into any stock split or reverse stock split.

Who approves a stock split?

The Board. Since a stock split or a reverse stock split are a type of corporate action, they typically require the approval of the Board of Directors. The Board is made up of a group of individuals (often somewhere between 8 and 12) who have been elected to represent the interests of shareholders for key corporate decisions exactly like this. Just as we saw with Blue Apron’s reverse stock split, the Board is responsible for voting on whether the split should occur based on whether it’s beneficial for shareholders. Once the vote is decided and a date and ratio is chosen for the split, the announcement is made for the publicly traded company.

What are some common stock splits?

There are plenty of ratios a board can choose from when they pursue a stock splitting situation. Some possible stock splits are 2-for-1, 3-for-1, and even 3-for-2. Reverse stock splits follow a similar pattern, shown in reverse as 1-for-2, 1-for-3, or 2-for-3. You may even see them written with colons, like 2:1 or 1:2.

But there is one real-world difference to keep in mind. Since reverse stock splits are trying to significantly increase the price of the stock and hope it doesn’t fall as a result, they often aim for larger numbers. For example, when it comes to reverse stock splits, you may come across 1-for-7 splits or even 1-for-15 (just like we saw with Blue Apron) splits that seek to maximize the price increase for a stock to trade where its industry or sector peers may be trading.

A bigger split or reverse split also has the benefit of duration. The bigger the split, the less likely it is that you’ll need to engage in another split sometime in the future.

How are investors affected by a split?

This is the fascinating element about stock splits and reverse stock splits — they barely affect existing investors. This corporate action is more of a psychological game the company is playing with potential future investors who may be concerned about the stock’s price relative to similar industry companies. Because a stock split or reverse stock split changes the number of shares and the price of the shares in an inverse proportion, the overall value of the company isn’t affected — So an individual shareholder’s stake in the company doesn’t change.

For some more info on stock splits, we like how the Securities and Exchange Commission (SEC) breaks it down here.

Collusion is a secret agreement between competitors that results in higher prices for products or otherwise provides an unfair advantage over the competition.

What is the Organization of the Petroleum Exporting Countries (OPEC)?
Updated June 19, 2020

The Organization of the Petroleum Exporting Countries (OPEC) is a 14-member international organization of countries that export oil.

Net income is what’s left after you subtract all expenses from the total income of a company or individual.

Accrual accounting keeps track of revenue and expenses in the same accounting period that the business activity which generated them occurred — regardless of whether cash has been exchanged yet.

What is the Social Security Administration (SSA)?
Updated June 18, 2020

The Social Security Administration (SSA) is a U.S. government agency that administers the Social Security program, providing benefits for retired and disabled individuals — and, in the case that the individual is deceased, to their surviving family members.