What is the Nasdaq? 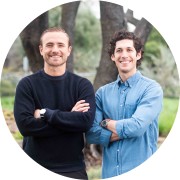 The Nasdaq can refer to two things: 1) Nasdaq Stock Market: an electronic stock exchange for buying and selling stocks, and 2) Nasdaq Composite Index: an index of 3,000 stocks listed on the Nasdaq exchange, which tends to reflect movements of the broader tech industry.

Think tech. The Nasdaq Stock Market is a stock exchange rooted in technology as the first global electronic marketplace. Built by the National Association of Securities Dealers (NASD) in 1971, Nasdaq was launched to make trading fast and computer-centric (there aren’t any humans on Nasdaq’s trading floor. Just machines). With that tech heritage, the Nasdaq attracted a large number of technology-focused companies to IPO on its exchange. Meanwhile, the Nasdaq Composite Index reflects that — It’s a stock index made up of over 3,000 companies listed on the Nasdaq exchange. Since so many of them are tech companies, investors look to the Nasdaq to gauge how tech stocks are doing.

When electric car pioneer Tesla wanted to list its shares publicly, it chose Nasdaq’s stock exchange for its Initial Public Offering (IPO). And within the list of 3,000+ stocks covered on the Nasdaq Composite stock index, tech has a heavy presence: Google, Amazon, Microsoft.

Picture your one tech-obsessed buddy (everyone’s got one)...

She can’t stop talking about APIs and she learned to code before she could text. That’s like Nasdaq. Born out of technology innovation, it is known for attracting tech companies to list their shares for IPOs. And its Nasdaq Composite index is used by investors as a reflection of the whole tech industry’s stock performance.

What’s the history of Nasdaq?

The world’s second largest stock exchange by market capitalization and first electronic one was launched on February 7, 1971 by the National Association of Securities Dealers. First, it allowed automated quotations and then began providing trading of stocks. The idea was to incorporate new technology — which at the time was computers — to make trading as electronic and efficient as possible.

Nasdaq soon grew a rivalry with the New York Stock Exchange (“NYSE”) as it increasingly focused on technology as a differentiator. Nasdaq’s stock market became the first to allow trading online. And unlike the NYSE, Nasdaq does not have a trading floor with people taking orders from each other — It’s purely electronic. As tech companies looked to list shares publicly in an IPO, Nasdaq’s commitment to technology attracted a variety of tech companies such as Microsoft or Oracle.

Nasdaq continued to expand its stock market through partnerships and acquisitions. For example, it acquired the Philadelphia Stock Exchange and then formed its first “intercontinental linkage” with the London Stock Exchange in 1992. In 2006, Nasdaq separated from its original founding partner, NASD, so that it could operate nationally as a stock exchange. A year later, it added a Scandinavian-based Exchange, OMX.

Today, as the US economy and stock market have grown more technology-centric, the NYSE has increased its marketing to tech companies. Recent high-profile IPOs of Twitter, Alibaba, and Uber have shown that the Nasdaq no longer dominates the listings of shares of tech companies.

What is the Nasdaq Composite?

Looking at a bunch of stocks doesn’t necessarily tell you how the market is doing. Stock indexes help with that — They’re formulas that create one number to measure the broader market or a specific industry, to give you a sense of how it’s doing in single snapshot. Stock indexes are calculated using the stock prices of its member companies.

When an investor wonders what’s up with the tech sector, they typically turn to the Nasdaq Composite. Though many more companies have listed their shares on the Nasdaq Exchange, a select 3,000+ are included in this Nasdaq stock index. And the Nasdaq Composite has a few key features:

How is the Nasdaq Composite calculated?

Welcome to “The Methodology” — That’s Nasdaq’s (proudly) mathematical process for figuring out a final Nasdaq Composite index number. Remember, it’s got to take 3,000+ stock values and turn them into a single stock index number. And the process involves 3 key elements: A weighted number, the “Last Price” (the most recent price of the security on the list), and the “index divisor.”

Here’s how it goes down. First, Nasdaq uses a method of weighting a stock by its market capitalization to make sure its influence on the final number corresponds to the company’s size. Then all the share weights of each security involved are multiplied by the security’s most recent price. The sum of those figures is then divided by an “index divisor” determined by Nasdaq. And voila, you’ve got the Nasdaq Composite index.

The index isn’t purely technology; it’s made up of different industries as well — Here’s how they fall within the Nasdaq Composite by industry as of May 2018, from the most represented to the least represented sector:

How are the Nasdaq Composite, the Dow, and the S&P 500 different?

The big three. Turn on a financial TV show and you’ll notice tickers streaming across the stream, highlighting the movements of the main three stock market indexes. The Nasdaq Composite is our tech-focused index, but the S&P 500 and the Dow Jones Industrial Average (aka “the Dow”) round out the other two — And there are a few key differences.

Different focus: When investors want to know “how’s the market doing,” they don’t typically turn to the tech-limited Nasdaq — They look at the S&P 500 and the Dow.

Different calculations: To take a bunch of companies of different valuations and different stock prices and turn them into a single index number requires a formula. Each formula is different. That’s why, as of May 2019, the Dow stood at around 25,000 points, the S&P 500 at 2,800 points, and the Nasdaq Composite at 7,500 points.

-The Dow’s a super exclusive club and is weighted by stock price. So the company with the highest dollar stock price carries the most weight in the index and will therefore influence the Dow’s number the most.

Different movements: Since all three indexes have a different number of companies, areas of focus, and even calculations, you’ll notice they experience different movements. Let’s focus on one period of time, the Dotcom bubble in the late 1990s, to see that in action:

The companies listed in this article were chosen based on Nasdaq coverage of the “most actively traded stocks” and “the world’s 10 most valuable brands.” Authors of this article own shares of Tesla and Amazon.

A warranty is a promise that a product seller or manufacturer makes to repair or replace a defective product.

A stock dealer is a financial professional who trades stock shares and makes a by selling them for more than they bought them.

What is Investment Management?
Updated September 17, 2020

Investment management is the process of handling a person’s financial (a collection of assets, like stocks and bonds), such as creating and executing a strategy for investing.

A millage rate typically refers to the percentage of a property’s value that a government (state or local) or a school district may levy as a tax.

What is an Original Equipment Manufacturer (OEM)?
Updated July 27, 2020

Original equipment manufacturer (OEM) refers to a company that sells its products for use as a single component in the creation of another company’s product — which is typical in the auto and computer industries.